How do I measure the ratio of objects inside other objects?

In this article, we look at how we can use compartments and custom features to identify which objects are inside other objects and then use Custom Features to get statistics like the ratio of the parent objects covered by children. 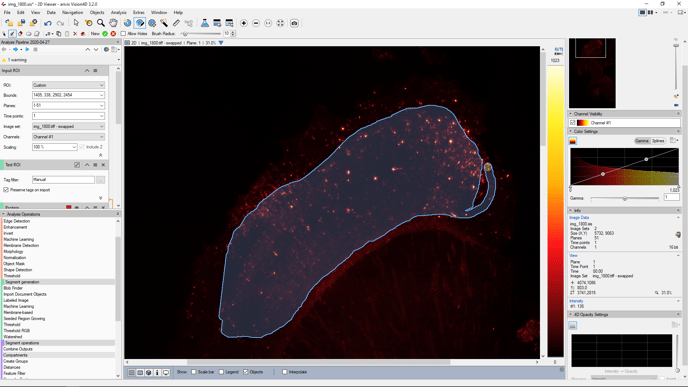 Once the region of interest is defined it can be imported into the pipeline using the Import Document Objects operation. Segmenting the children is done as usual. 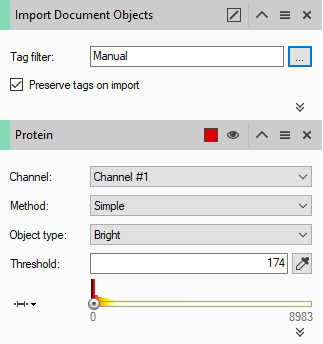 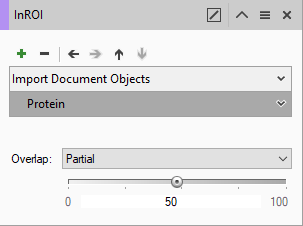 Finally, once the grouping had been done calculating the ratio of the volume of one to the other can be done using Custom Features. Start by displaying the object in the Master/Detail view in the Objects Table. In the Feature Columns for the Master table, we can start simply by adding the volume of the parent. 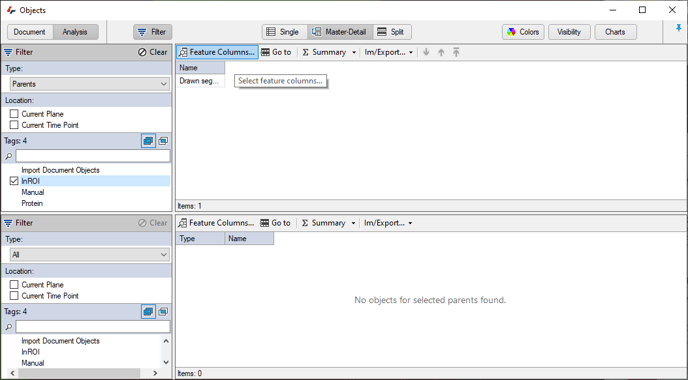 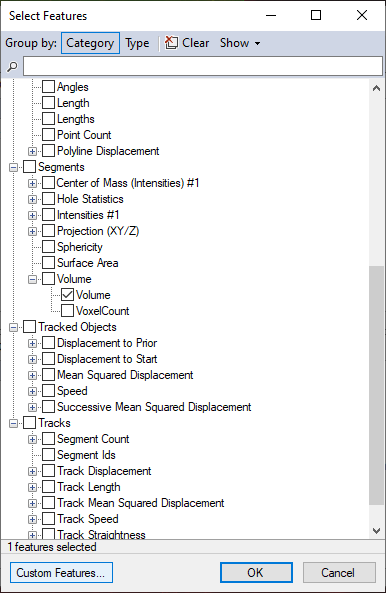 Then, if we return to the Feature Columns we can go to Custom Features to add a new Group Statistic feature. We can discriminate between object types by selecting the tag for the children of interest and add the Sum of the Volumes to the table. 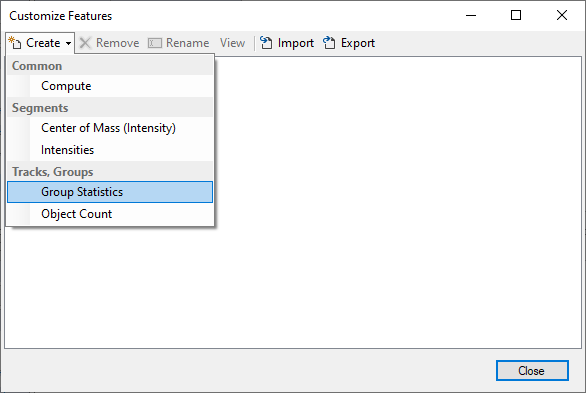 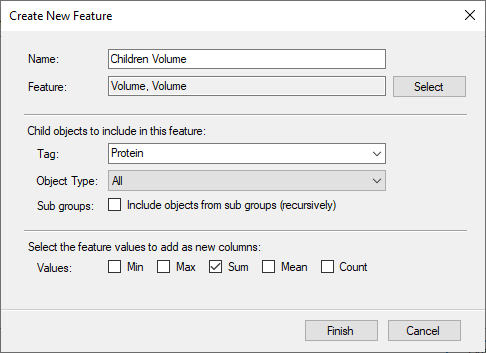 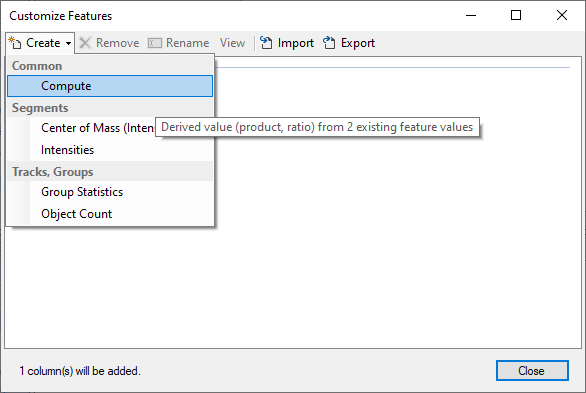 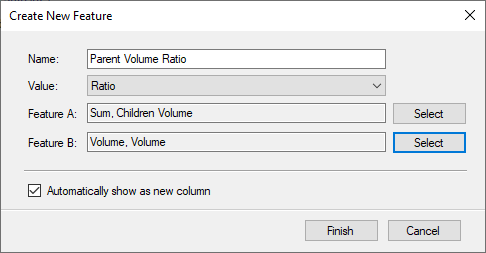 Once all the features and custom features are in the table the results cna be saved and exported if needed. 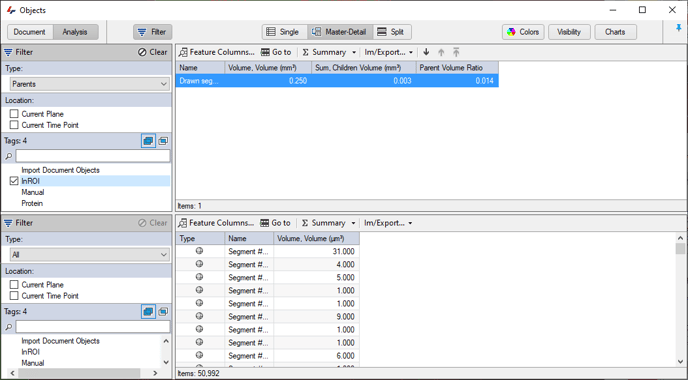 This video shows the complete workflow: